A Layout dictates the alignment of widgets (such as Text, Buttons, EditText box) as we see in the Android Application. All the visual structure we see in an android app is designed in a Layout. Every Layout is defined in an xml file which is located in App > res > Layout in New Android Studio. In this article we are going to discuss briefly on Types of Layouts as they are going to be needed in every Android Application Project we create.

The layouts most commonly used are:

However there are several other layouts such as:

Linear Layout is a layout which aligns the widgets or elements in a linear (Straight) fashion. Linear Layout consists of two types of orientation:

Vertical Orientation is shown above where the widgets such as Text View, Edit Text, and Button are aligned in a Vertical manner. Relative Layout is a layout where the widgets (such as Text Views, Buttons, etc.) are represented with respect to previous widget or parent View. A Relative Layout example is shown in the figure below. Here in the above figure, ‘Forgot Password’ button is positioned relative to ‘Login’ Button, whereas ‘Register a new Account’ is aligned with respect to Parent Layout.

A List View is a View Layout where all the items are specified in the form of a list as shown in fig. below. It is one of the very useful form of layouts. List view, as shown in figure below consists of an order of List items as shown below.

List View will further be discussed in the future article along with an example.

A Grid View is a View Layout where the items (such as pictures, files etc.) are placed in a Grid manner as shown in figure below. These are the brief discussions on typical Android Layouts which are mostly used in Android Development. These are again explored in depth along with examples in our future tutorials.

What tool do you use to mockup the interfaces?

oh.. I thought you use special mockup apps

Thanks for your post, it really helped my understanding of layout views. I’ve just created learning about android application development and your blog is a great help! 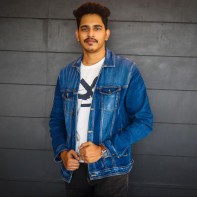 ABOUT US
Coderefer is all about the code related tutorials, technology and tips. For Advertising / queries, reach us at Mobile / Whatsapp: 8555816643
Contact us: [email protected]
FOLLOW US
© Coderefer.com 2014-2020 all rights reserved. The content is copyrighted to Vamsi Tallapudi
wpDiscuz
7
0
Would love your thoughts, please comment.x
()
x
| Reply